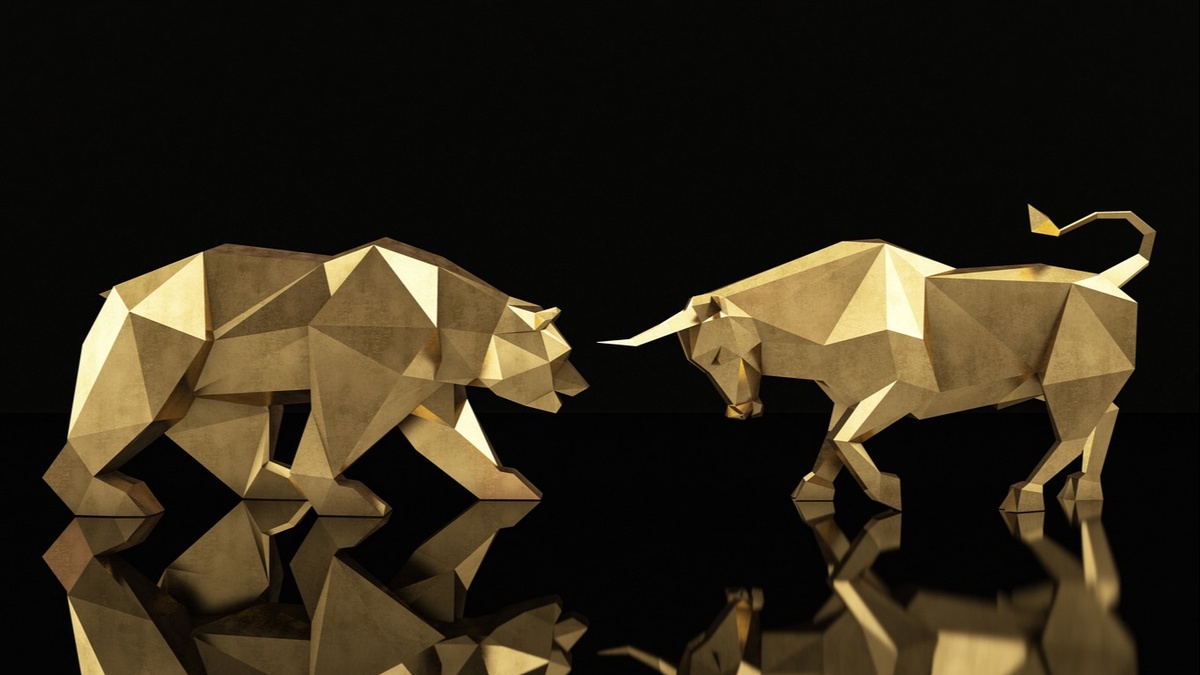 “Would you tell me, please, which way I ought to go from here?”

“That depends a good deal on where you want to get to,” said the Cat.

“I don’t much care where–” said Alice.

“Then it doesn’t matter which way you go,” said the Cat.

“–so long as I get SOMEWHERE,” Alice added as an explanation.

Have you ever eaten a cookie just so you wouldn't have to stare at it and fret over whether or not you were going to eat it?

If you're someone who's been worried about a looming recession in the United States, I have some good news for you—we're already in one.

And you know what? It's not that bad.

It's not that good, either, because we're in a recession, and recessions are not supposed to be good.

A recession occurs when something is receding. In this case, the nation's Gross Domestic Product (GDP). You can think of that as the productivity of all of our people. It is commonly agreed that if GDP contracts for two consecutive quarters, we call that a recession. That just happened in Q1 and Q2 of 2022.

On May 4th, I posted the following on Twitter:

"Q1 GDP growth was -1.4% (annualized). Market seems to be discounting the notion that we may ALREADY be in a recession. Just need Q2 GDP growth to be negative to realize we were in a recession the whole time."

Then, on July 28th when Q2 GDP was released, I tweeted the following:

"GDP report confirmed a technical recession with a second quarter of economic contraction. It's like the movie The Sixth Sense—all the while we were waiting for a recession ... we were in a recession. Not so bad."

Let's say that you're not an economist and you wanted to know whether or not we were in a recession. You would simply look around and see if things were getting better or worse for an extended period of time. I think 2022 squarely falls into that category with record inflation, broken supply chains, and rising interest rates. After all, every one of us is having to work a lot harder in order to buy the same things.

You may hear someone on TV say that we're not in a recession. In fact, it's quite popular for politicians and policymakers to claim otherwise.

Last Friday on CNBC, Esther George, the president and CEO of the Federal Reserve Bank of Kansas City said the following when asked if we are in a recession.

"When I talk to contacts in my region, the things I hear would not be consistent with what you might hear during a recession—difficulty finding labor, a tight labor market, wages rising, adding jobs every chance they get. So that dynamic is not clear yet despite the fact that we had two quarters of negative GDP."

Notice that she didn't say, "No," and she specifically cited the technical definition of a recession.

Almost all of the Federal Reserve presidents have said something similar, but it's important to note that it is their job to manage monetary policy in such a fashion that we don't have a recession, so to admit that we're in one is a bit of a defeat.

She does have a point, though, in that recessions are typically accompanied by high, or at least rising, unemployment.

Rocket Mortgage, Ford, Carvana, and a plethora of companies across the country have begun layoffs. You probably can think of a few others. Those who haven't started layoffs have sent memos to their employees telling them they need to be more productive. Among them are CEOs of major U.S. corporations such as Sundar Pichai of Google, Elon Musk of Tesla, Mark Zuckerberg of Meta, and Satya Nadella of Microsoft.

The Wall Street Journal recently ran an article on “Quiet Quitting” (https://www.wsj.com/articles/if-your-gen-z-co-workers-are-quiet-quitting-heres-what-that-means-11660260608), which is the practice of employees coasting at work and collecting a paycheck while consciously performing sub-optimally. (For those that haven't seen the movie Office Space, you should check it out!)

How long do you think managers are going to tolerate the very obvious and measurable drop in worker productivity before they start asking employees to come back to the office and managers to lay off their underperformers?

I think that process has already started.

Furthermore, acknowledging that inflation is a major problem in the United States, the Federal Reserve is raising interest rates.

The idea is that if money is more valuable, people are less likely to part with it, and therefore less willing to pay high prices. Another aspect of rising interest rates is the cost of borrowing is greater, so people take out smaller mortgages and spend less on homes. Finally, the debt-related expenses of companies rise and they will need their employees to be more productive per capita to cover the loss.

The fundamental principle is that inflation is a mechanism for making people work harder, and the reason people have to work harder is because they didn't work hard enough relative to what they consumed during the pandemic and since. That may sound like an opinion, but the proof of that statement is the inflation itself, which wouldn't have occurred otherwise.

Anything that allows people to consume without producing will cause inflation, and every recipe for bringing inflation down involves making people consume less and work harder. The two can't be separated.

Okay, now for the silver lining.

Earlier I mentioned that recessions don't hit every sector at the same time. Recall the 2008 financial crisis, when the first companies to buckle were the financial companies such as Bear Stearns, Lehman Brothers, and AIG. Later, we were rescuing companies like General Motors and Ford.

Financial assets and companies typically feel recessions first, followed by other sectors such as retail and manufacturing.

But before you start worrying about the next stock market crash, remember stocks are like movie trailers—they're often reflecting what the market thinks is going to happen in the months ahead, rather than what's happening right now.

This part is very important, because if we're already in a recession, then what's going to happen is we're going to come out of it. Stocks are likely to rebound long before the economy does. So, if you park your money in cash waiting for a crash to coincide with an economic decline, you may find yourself mis-timing a recovery, or missing it altogether.

If you don't know where you're going, any road will take you there.

It's quite difficult to plot a course to a destination without knowing where you are, which is why it's so important that we recognize the recession which is already well underway.

We've all heard the adage, "Buy low, sell high." That means one must be willing to buy low, which involves taking an action, and not selling low, which is the wrong action.

Companies are in the process of cleaning up their balance sheets, re-evaluating their processes for inefficiencies, and scaling back on employees which don't contribute enough to their mission.

Do you think this makes them better or worse companies to buy? It's easy to see how stocks can recover at the same time that headlines sound dire.

Alice: "But that's just the trouble with me. I give myself very good advice, but I very seldom follow it."

The opinions voiced in this material are for general information only and are not intended to provide specific advice or recommendations for any individual. To determine which strategies or investments may be suitable for you, consult the appropriate qualified professional prior to making a decision.

All performance referenced is historical and is no guarantee of future results. All indices are unmanaged and may not be invested into directly.

The economic forecasts set forth in this material may not develop as predicted and there can be no guarantee that strategies promoted will be successful.