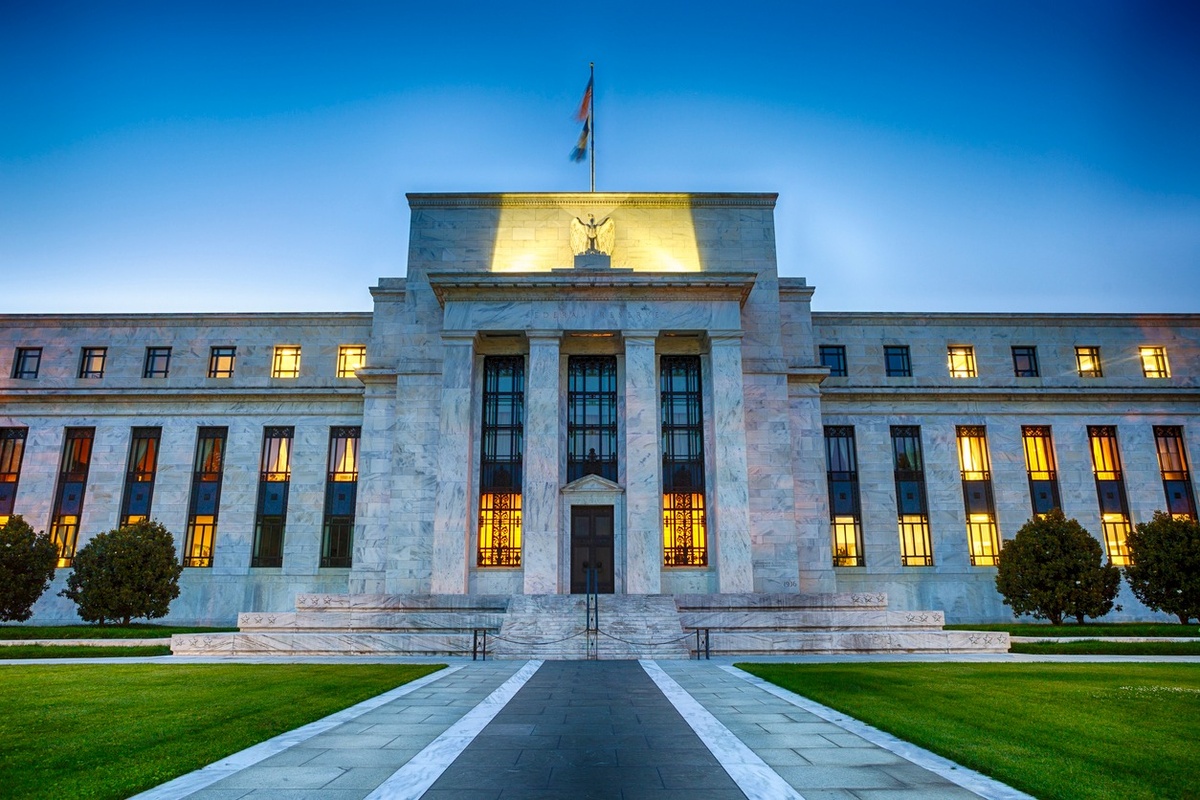 Inflation and the Fed’s Triple Mandate

We got some unfortunate news last month with the passing of the American singer Marvin Lee Aday. If that name doesn't ring a bell, allow me to assuage you with a shortlist of a few of his more popular works—"Paradise by the Dashboard Light" and "I'd Do Anything for Love".

Yes, Marvin was none other than the illustrious, Grammy award-winning artist known as Meat Loaf. As the story goes, his skin maintained a reddish hue for days following his birth—prompting his father to label his crib with the nickname "Meat"—later augmented to "Meat Loaf" on account of his "M.L." initials.

Strange as it seems, for years U.S. monetary policy has often left me humming along to a tune composed and made famous by Meat Loaf. The chorus goes something like this:

There ain't no way I'm ever gonna love you

'Cause two of out of three ain't bad

The Federal Reserve is the central bank of the United States and was conjured into existence through the Federal Reserve Act of 1913. A series of financial panics had convinced the government that a central authority and regulator for the banking system was desirable in order to coordinate responses to calamities within the financial system.

The Federal Reserve, or more succinctly, the "Fed", is among the most powerful institutions in the world. Its duties include: supervising and regulating banks, maintaining stability in the U.S. financial system, and providing services to depository institutions along with the U.S. and foreign governments. Since the United States allows free flow of capital across its borders, and currently occupies the role of the world's reserve currency, the Fed is truly an international force.

It has many tools at its disposal, such as raising/lowering interest rates in the United States, sanctioning financial institutions which run afoul of the rules, and increasing/decreasing banking reserve requirements. However, by far its most potent superpower is the ability to print money.

Contrary to popular belief, the United States doesn't "print money". When Congress authorizes an expense, the United States Treasury pays for that expense using revenue from (1) taxes, or (2) borrowing. In order to borrow money, it doesn't have, the Treasury issues IOUs called "Treasury Bonds".

Okay, so where does the money come from? And how does the Treasury pay its bills?

Well, the answer to that question is that the Fed prints the money and buys the IOUs (bonds) from the Treasury. Now the Fed is holding Treasury bonds, and the Treasury is holding dollars, which they promptly spend.

Through these levers—hiking/lowering interest rates and printing/destroying money—the Fed controls the amount of money in the world. (Well, the number of dollars at least.)

In Star Wars, the Force is comprised of two opposing factions—the 'Good' side (the Jedi) and the 'Dark' side (the Sith). In finance, it's the Fed that brings balance to the Force by balancing these two opposing forces—inflation and unemployment.

This is called the Fed's "Dual Mandate". In statements, public appearances, and certainly in policy, members of the Federal Reserve will reference their dual mandate of (1) price stability (a proxy for inflation), and (2) maximum employment (a nod to the belief that some level of unemployment is inevitable).

I've always had a problem with this.

My problem is that there's another force lurking in the shadows which seeks to destabilize the economy. It's shadowy, dangerous, and it was the original intent of the United States government for the Fed to thwart it. That ephemeral figure is leverage (debt).

In its original charter, the Fed was given three, not two, very clear objectives. Read it for yourself off of the Federal Reserve's website (https://www.federalreserve.gov/). Under Section 2A "Monetary Policy Objectives" it states:

"The Board of Governors of the Federal Reserve System and the Federal Open Market Committee shall maintain long run growth of the monetary and credit aggregates commensurate with the economy's long run potential to increase production, so as to promote effectively the goals of maximum employment, stable prices, and moderate long-term interest rates."

Did you see it? There are clearly three distinct policy goals outlined for the Fed. The first two are maximum employment and stable prices, but the third is clearly described as moderate long-term interest rates. The Fed simply ignores this third mandate much in the manner my kindergartner ignores me when I tell her to clean her room. They may as well put their fingers in their ears and cover their eyes.

Circa 2015, I had an opportunity to ask the head of the Federal Reserve Bank of Chicago, Charles Evans, why the Fed seemed to brush off this third mandate. His response was that it was generally believed the first two objectives implied the third. At the time inflation and unemployment had both been extraordinarily low for years.

"There ain't no doubt about it we were doubly blessed."—Paradise by the Dashboard Light (Meat Loaf)

I noted, however, that interest rates were anything but 'moderate'—they were strikingly low over a period of many years with little sign of returning to normalcy. These low rates (which have persisted to this day) aren't harmless—there are certainly winners and losers. Insurance companies, pension funds, and others with long term liabilities suffer tremendously because they aren't able to get a return on traditionally 'safe' investments such as bonds, and from an accounting standpoint they have to hold more money in reserve as the present value of their long-term liabilities has to be marked upward. For many, this was devastating.

So, for lenders this was a foggy forecast. However, borrowers saw nothing but blue skies all the way to the horizon. Mortgage rates plummeted, and the prospect of taking out a loan had never been more attractive since it didn't really cost anything to do so.

But there is a problem. When interest rates are too low for too long, people and companies alike predictably borrow too much. They become accustomed to the notion that if they run out of money, they can always get more from the bank or a substitute lender. Furthermore, they are lulled into a false sense of security because their interest payments are affordable.

Another danger, though I won't get into the mathematics here, is that low interest rates lead to more borrowing, which leads to more spending, which has the potential to ignite inflation.

Inflation is not caused by the money supply, contrary to popular belief, but rather by the amount of spending. And spending comes in two forms—cash or credit. When interest rates are low, borrowing is high, so spending is high, and this can push the cost of prices ever higher when it becomes excessive.

It's why inflation, as of January 2022 currently stands at 7% year-over-year and is on an uptrend.

The remedy for inflation is to reverse the forces which cause it—reduce the money by reducing the size of the Fed's balance sheet (letting bonds 'expire'), and reduce the supply of credit by raising interest rates. This has the unfortunate drawback of risking a rise in unemployment, and if things get bad enough, a recession.

This is why it's important that interest rates are always high enough to discourage irresponsible borrowing, and movements are gradual enough to allow debtors and lenders alike to respond responsibly and calmly. This is also why it's important for the Fed to take its third mandate more seriously and begin routinely referencing its *triple* mandate.

We are on the precipice of a new round of declared interest rate hikes in the looming battle to fight inflation. The mere mention of which has caused the stock market to depress as it winces in anticipation of a new world order. Technology stocks, swimming naked as the tide goes out, are being exposed and required to justify their high price/earnings valuations.

I welcome the impending round of interest rate hikes, though it will certainly come at a cost. When we borrow from the future we don't pay off our debts, we merely put them off.  More financial responsibility will force market participants to be more mindful of their financial decisions, and creditors to examine their risks/exposures more carefully. If done properly, the system will be better for it.

There is no honor in using other people's money to make oneself wealthier if they aren't receiving a fair return on their hard-earned savings. I guess you could say I would do anything for prosperity.

But I won't do that.